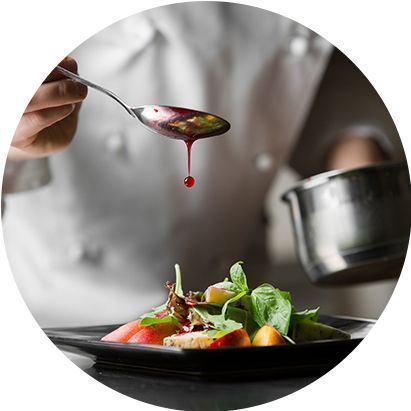 Hatay is one of the oldest residential places that has the food recipes that delicious from one another. It was included in the “Creative Cities” network by UNESCO with the title as “City of Gastronomy” in 2017. These lands, also known as “City of Civilizations” serve as a bridge between east and west. These lands that has hosted to the thousand years of history, has a cuisine that reflects every ethnic origin by blending all cultures over time. It is set our tables with approximately 600 different food recipes.

In this cuisine, where the Turkish and Arabic food dominates, the foods have their own preparation methods unique to them. Hatay Cuisine not only stands out with its spices, but also with the lard and tail oil added to the foods. In addition, the other point that add value to these flavors are the stone ovens. These ovens, that almost a tradition of Hatay has been used for centuries.

Hatay Cuisine, that has a wide range, has special nuances from making the foods to cooking. This rich food culture for 200 years; Hatay Cuisine that adds another taste from desserts to appetizers, from local delicacies to breakfasts, has been proceeding this adventure by transferring these flavors to the next generations

Besides the food contents of this cuisine that has entire corpus, ovens are also crucial. The reason of that; stone ovens were opened for the public use at the cities, many years ago. Many of the local delicacies from breads to tray foods, have added flavor to their tastes by the technique of slowly cooked over the stone ovens. Hatay Cuisine; that also stands out with its cooking techniques, lots of flavors like Paper Kebap, Pepper Added Bread is still meticulously cooked over stone ovens.

The Indispensables of Tables

Hatay Cuisine is also the address to enjoy every meal that includes the naturalness of Anatolia.

Antikya Breakfast Foods will blow your minds with their naturalness and delicious tastes, with a wide entire corpus such as Spicy Cottage Cheese, Cara Cheese and Walnut Jam that are dispensable for your breakfast.

You can almost lose yourself at the Civilizations Tables with the local delicacies such as Oruk, Serimsek, Bumbar delicious from one another. Hatay Cuisine, that has a huge heritage also emphasizes this title with the first cheese dessert of the world Kunefe. This cuisine that set our tables with heavy dishes, also takes its place with appetizers. Despite the fact that, the exact date of the start of appetizers culture is not known precisely, according to some sources it started with the discover of olive oil. The sultan of the cheerful tables, developed and not considered as snacks any more. Thus, appetizers enriched the tables by not consumed with alcohol but also eaten at the tables.

The mostly known Antikya appetizers are Hummus, Salty Yoghurt and Walnut Pepper Paste though it differs according to the regions.

These recipes of that has impact in many meals from breakfast to dessert are still used today.

The Only Address of Local Delicacies

These flavors, which have arrived from past to present with their unique flavors and cooking techniques are frequently mentioned by setting different tables every day. These flavors that open up to the world with the Gastronomy City title, offer us unique tastes blended with different cultures with their historical recipes. Antikya Flavors each of which is natural and handmade, proudly carry the flavor torch of this cuisine.

Let’s order now to enjoy the local delicacies made natural and handmade by Antikya Flavor Tastes! Please be reminded to contact via +90 531 464 76 85 to give order!